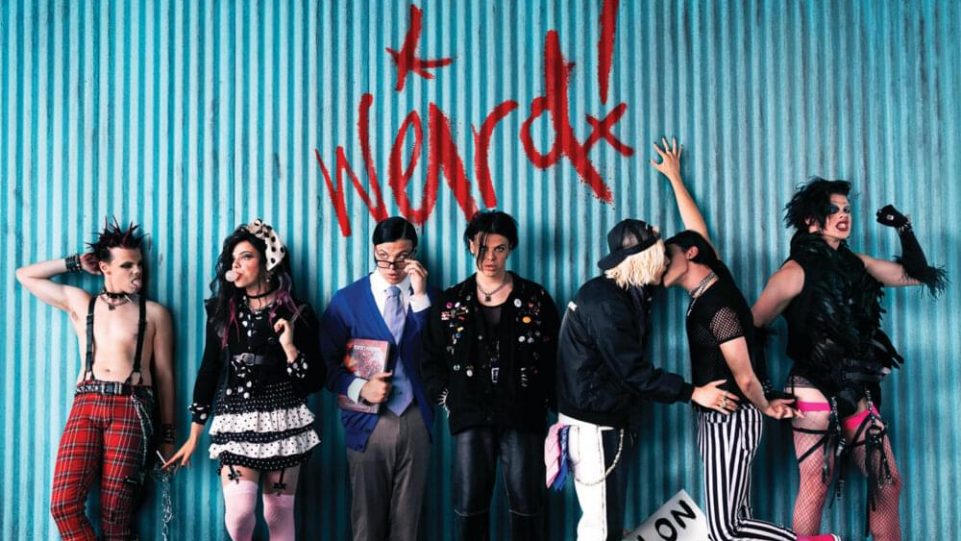 On October 26th, Hana Strickfaden had the opportunity to attend YUNGBLUD’s virtual press conference promoting his album weird! which is out now!

“YUNGBLUD has always been about culture and about making people and young people feel like they have someplace to belong no matter what they might be going through,” he said.

Dominic Richard Harrison, YUNGBLUD, is an English singer-songwriter based in London. He signed with Geffen Records in 2017 and released his debut EP, YUNGBLUD in 2018. His second album weird! will be released via Locomotion and Interscope records on December 4, 2020.

YUNGBLUD’s upcoming album hones in on themes of inclusivity, transparency, and empowerment. This album was inspired by his fans’ experiences. YUNGBLUD has met so many people from different backgrounds and wanted to share their stories through his music. “This is my fanbases’ words,” he said.

His first album centered around the anger he felt towards the world for not understanding him. When he started to realize that there were a lot of people similar to him, he knew he had to write an album about those people and their stories. “I wanted to write an album that would potentially provide people with a couple of answers and questions,” YUNGBLUD said.

YUNGBLUD was inspired to create this album after meeting a transgender fan in Maryland. After her parents attended a YUNGBLUD show, they were able to understand and accept their daughter for who she was. Ultimately, YUNGBLUD has been able to create a safe and accepting environment for all of his fans. “I want this album to be an album for the weirdest years of our lives in terms of gender identity, sexuality, drugs, love, and heartbreak,” he said.

When asked about his song “the freak show” YUNGBLUD talked about the challenges he faced while creating the final track of the album. He was inspired by many artists and wanted to incorporate those sounds into this song. “I wanted it to sound like Eminem meets Panic! At The Disco meets Queen meets My Chemical Romance,” he said. Because there were many different sections to produce, YUNGBLUD faced the most challenges finalizing this track. He ultimately wanted to mix things that have been done together to create something that hasn’t been done yet.

YUNGBLUD was honest and vulnerable with the media outlets when asked about the track that represents him the most. On the album, there is a love song that he created. This is the first love song he is sharing with the world. He talked about how scary it is to sing about his emotions. Because he is now comfortable in this community, he feels that he is ready to share his heart with his fans. YUNGBLUD grew up in a house with domestic abuse where his idea of love ultimately came from his parents’ constant fighting. His feelings toward love changed when he met someone. Although the relationship didn’t end well, his perception of love completely changed for the better.

YUNGBLUD talked about the collaboration process and the artists he most enjoys working with. He has had the opportunity to work with a lot of his mates including Machine Gun Kelly and Halsey, two incredible artists who are killing it in the music industry. “Everyone I work with I learn from and have a mutual connection with because they’re telling their truth in their own way,” YUNGBLUD said.

When asked about his success, YUNGBLUD shared with the outlets that his transparency and connection with his fans led him to the place he is today. “Connect to people. Person by person.” There is no secret or formula to success. YUNGBLUD continues to be transparent with his fans, creating a safe and inclusive environment.

“Just because we can’t touch each other doesn’t mean we can’t feel each other,” YUNGBLUD said. Despite the pandemic, he has felt more connected to his fanbase now than ever before.

Weird! is out now so go check it out and share with your friends! 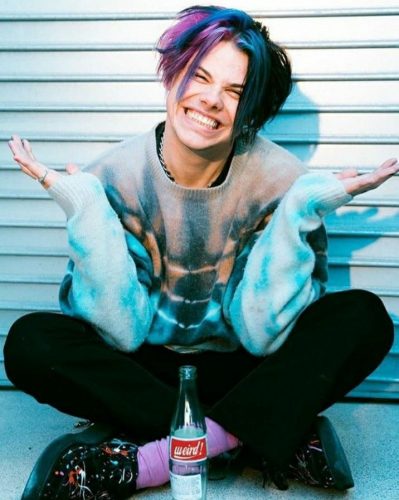