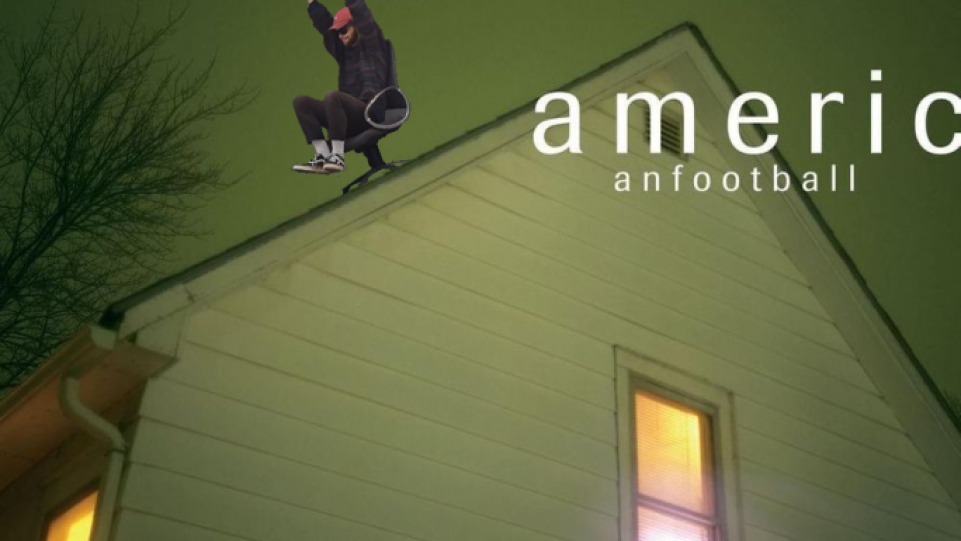 In 1999, the studio band American Football released their self titled album to very little media reception. They never toured. They didn’t even make more albums. It was a one and done deal. But over the years, through word of mouth and exposure on the internet, this album slowly grew in reputation and recognition until it basically started its own genre – what we all know today as “Emo”.

A few years ago, the intro to their song “Never Meant” became a meme trend that shot the band to a much wider audience. That’s actually how I first heard about them. Through that resurgence in popularity, they chose to reunite, record two more albums, and even perform live.

When you listen to “American Football” it’s easy to understand why it would be hard for them to perform. The songs are all composed of layered twinkling guitars, complicated rhythms flowing in and out of syncopation and a lot of crazy time signature changes. The back and forth direction of the guitar parts, held together by the incredible drumming, is hypnotic and sonically demanding.

But what makes it emo? The lyrics. Are. So. Sad. Delivered with a sense of distance and agony, the vocals are low in the mix and delivered far away from the microphone giving them an airy pleading quality. From the opening track, the lyrics are melancholic and in your face,

“Let’s just forget, everything’s sad” screamed in your face. You just have to sing along and cry.

The lyrics feel so real and genuine that it could be easy to dismiss them as oversimplified and whiny, but I think it’s the delivery that hits home. They’re never sung in a way that’s trying to be thoughtful or poetic. They’re just yelled loudly, sadly, and most importantly genuinely.

This album has risen to be a 90’s classic and a must-listen for any emo fan. If you’re feeling sad, there’s literally nothing better to listen to. Give it a try.