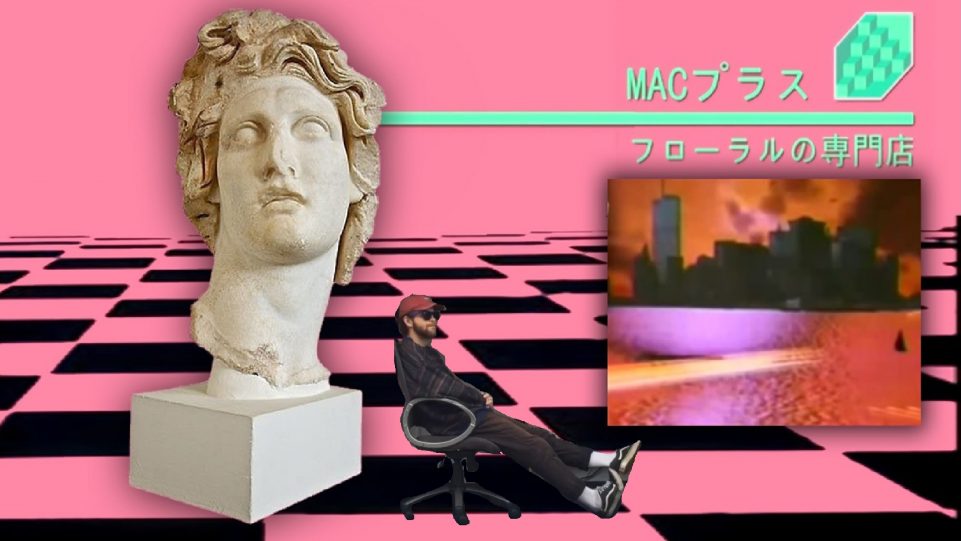 “Floral Shoppe” by Macintosh Plus burst onto the music scene in 2011 with an incredibly strange album cover and an even more bizarre new sound. Was it a bunch of slowed down 80’s songs, pitch-shifted and soaked in reverb? Was it an internet meme? Was it a brand new genre of electronic music we weren’t ready for? The answer to all those questions is yes, and so much more. Welcome to Vaporwave.

Practically starting the Vaporwave genre, internet electronic musician Vektroid released her album “Floral Shoppe” under the name Macintosh Plus. The album art evoked a sense of late 90’s nostalgia as well as her new moniker. The music itself evoked that nostalgia with a new take on Diana Ross’ “It’s Your Move” on the first track. But instead of a standard remix, the track was incredibly slow, all the pitches were drooled and deepened, and it was full of CD cuts and familiar noises of technology abundant in the album while no longer encountered in our digital age.

The dreamy, corporeal, aesthetic of the tracks became known as “Vaporwave” due to its digital-like quality and inspired many electronic engineers to make similar work online. The initial release polarized critics. I’ll admit, even my friends and I didn’t know what to make of the music. Over the years, the album became a meme. People copied the abstract cover art, put the songs in Vines, and tried to match the aesthetic of the album.

The meme culture surrounding it inspired a renaissance of appreciation for the album as its content ascended beyond memehood and began to be recognized as a substantial and interesting experiment in electronic music. Though not yet mainstream as a genre, Vaporwave has a very unique sound and vibe that merits its own genre, and is a form of experimental music that society wasn’t and still isn’t really ready for.